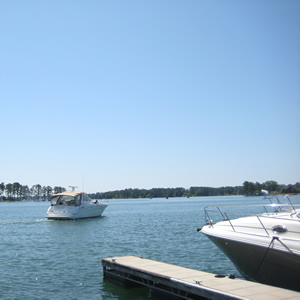 Irmo, S.C. (August 25, 2012) – Lake Murray Marina at Marina Bay is reporting an increase in boat slip leasing contracts at its lakefront facility, located 25 minutes from Columbia, South Carolina. The marina and neighboring boating facilities have continued to function smoothly during the construction of Marina Bay, the Arnold Companies’ new lifestyle destination with resort-style rental apartments at The Residence at Marina Bay and a new waterfront Liberty Tap Room scheduled to open in phases throughout Fall 2012 and Spring 2013.

“Current boat slip occupancy at Marina Bay is increasing quickly, and we expect that we will be near capacity by the time The Residence at Marina Bay is completed,” says Tammy Wright, General Manager at Lake Murray Marina at Marina Bay. “The smaller slips, in particular, have been very popular.”

“We anticipate being able to increase amenities for our slipholders on an ongoing basis,” notes Wright. “Once the new Marina Center building opens at Marina Bay, we’ll be in an even better position to offer services like delivering ice to our members at their boats, stocking slipholders’ favorite beverages in the Ship Store, and running to the grocery store for them.” Wright continues, “This past July 4th, one of our staff got word that a slipholder was in dire need of a special flavor of ice cream, so we made a quick trip to the store for them. We are very proud of our reputation as ‘the friendliest marina on Lake Murray!’”

“Flournoy Construction Corporation and its subcontractors have done an incredible job to help keep business running smoothly at Lake Murray Marina during construction on The Residence at Marina Bay and Liberty on the Lake,” notes Ben Arnold, Arnold Companies President and CEO. “We’ve been so impressed with their professionalism and efforts to ensure that our marina can serve our slipholders well during this transition period.”

Notably, a limited number of boat slips with power and water are available for nightly rentals at Lake Murray Marina. “It’s a great way to get to know the culture here on our docks before committing to a year lease,” says Wright. “When the restaurant at Liberty on the Lake opens at Marina Bay, our transient boat slips will be an even greater benefit to those who would like to boat up and enjoy Liberty Tap Room’s fabulous menu and full bar.”

About Marina Bay
Marina Bay is Lake Murray’s lakefront lifestyle destination, which will offer luxury-casual rental apartments at The Residence at Marina Bay; boat slip leasing at Lake Murray Marina; waterfront dining at Liberty Tap Room on the Lake; memberships at Lake Murray Boat Club and pontoon & deck boat rentals at Better Boat Rental, all 25 minutes from downtown Columbia, SC. The motto? Eat, Boat, Live! For general inquiries about Marina Bay, contact Darcy Earhardt at the Arnold Companies via phone at 803.391.3221 or via email at info@marinabaysc.com. 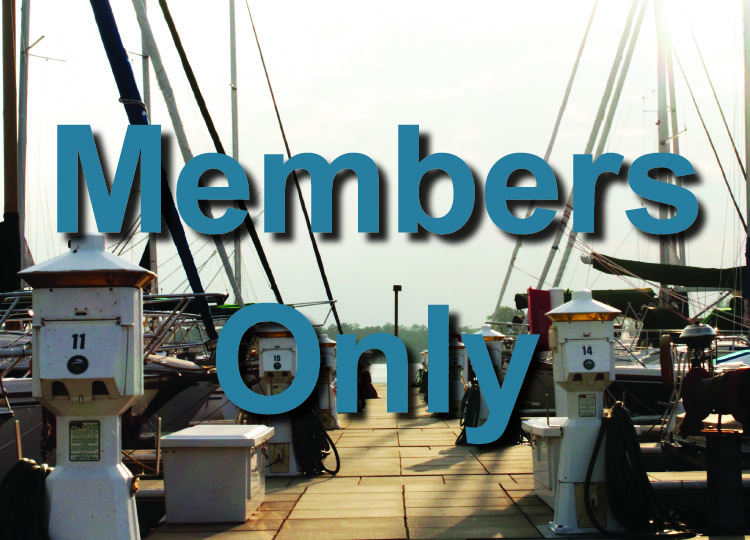 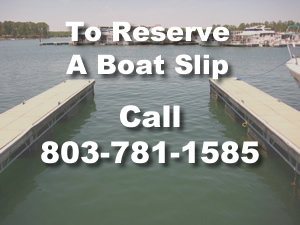